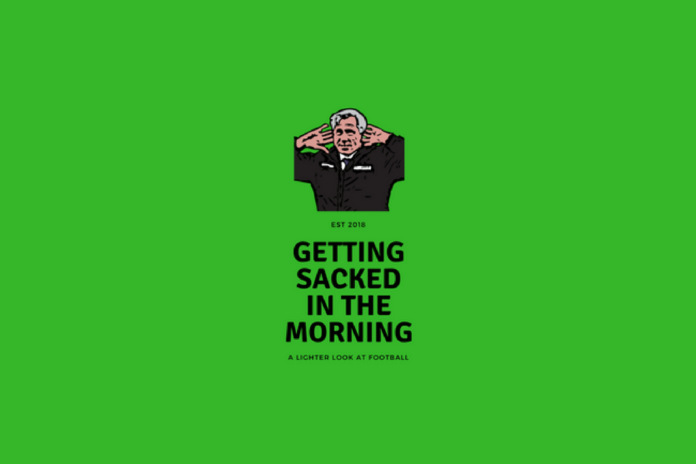 I’ve never quite got the whole concept of Arsene Wenger like everyone else seems to. When the tributes poured in for him following his resignation on Friday it all seemed a bit strange. People were hailing him almost as the creator of modern football and an innovator who was 1997’s equivalent of Pep Guardiola.

I started watching football in 2006. The same year that Arsenal reached a Champions League final, and were 15 minutes away from winning ol’ big ears for the first time. Lads who are my age are the oldest ones who never saw peak Wenger, and even more so, peak Arsenal (apparently they were once known for being hardmen who played attractive football, ah more fake news). The final whistle that night in Paris spelled the end of the glory days for Arsene, spending the next 8 years trophyless. By the time of their 2014 FA Cup victory, his legacy and name was already under threat of becoming ‘the man who stayed too long’.

I’ve only ever seen the ‘flattering to deceive’ version of Arsenal in my lifetime. Flirting with a potential treble until Christmas, before avoiding success post-February as if it was the plague. Yearly European defeats to Bayern Munich and Barcelona as well as 72 points and finishing above Spurs. But in the last 4 years it’s all gone a bit weird. They’ve started winning the FA Cup every year despite being in permanent crisis, and their perennial top-four berth has evaded their grasp for two consecutive seasons.

Wenger is more of a figure of fun at times for my generation. Just an intellect with a massive 8ft long coat who loves losing away to Swansea, Stoke and Manchester City when at all possible.

My generation finds it weird that any Arsenal fan would still want him to hang around. We never saw the “Invincibles”, Pires, Henry, Bergkamp, Vieira, the beautiful game, Highbury. All we ever saw? Well…

Ultimately, under Wenger there was nothing to get excited about for Arsenal fans anymore. Come August when a new manager takes the hotseat, they might be better or they might be worse. At this stage that’s somewhat insignificant for the next year or two. What Arsenal fans were most sick of was the predictability of it all. For a decade, every football fan in the country knew where Arsenal were going to finish and with how many points, who they’d lose to, who they’d win against and most importantly, that they had as much chance of winning the league as Wenger had of enjoying Britpop.

It was the last two seasons of falling below par in the league (with par being fairly unsatisfactory as it was) and civil war among the supporters that surely forced his decision to walk.

From this summer onwards though, the shackles will be well and truly off for Arsenal. Next season will be difficult and maybe even a transition season at that, particularly if they fail to return to the Champions League. But from there onwards, Arsenal could finish anywhere from 1st to 7th every season, a feeling the fans haven’t had in about 10 years. All football fans deserve that feeling, no matter what. That blind optimism every August, dreaming that anything is possible. If Arsenal are in Europe’s premier club competition next season, you wouldn’t rule out them going on a mad run to the semis under a new boss. The Groundhog Season will be no more for the Gunners and hope as well as optimism will be endless among both the fans and players when a new manager is appointed. It may be good, bad or even ugly, but it will at the very least, be different.

Knowing how ironic football is, they’re definitely finishing fourth and winning the FA Cup next season, aren’t they?

Merci from us to you Arsene. Not so much for the innovation and beautiful football, but for all the LOLs.

Mourinho adds one more European Trophy to his special Cabinet

On the Left Side: It’s NOT coming home

Why A European Super League Will Be The End Of Football...

Could Eriksen be back at Tottenham?

Alessandro Bastoni might play in the Premier League next season